Is the iPhone about to go mainstream? 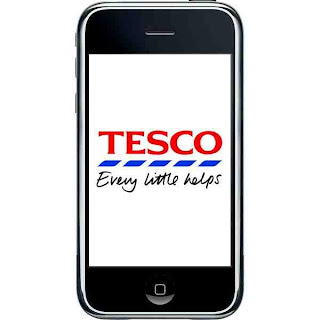 It was announced this week that the iPhone - beloved by gadget freaks, the twitterati and the cool kids - will be sold at Tesco prior to Christmas.

Despite what agencies might have been saying for the past couple of years, the penetration of iPhones in the UK is currently minimal. Despite the wealth of stories about the success of the iPhone app. store, the persistent celeb shots and the general hyperbole, the British public still haven't really taken to the iPhone as quickly as Apple would like. Although August's Admob report does report an increased penetration.

As with every market Tesco enters it's widely anticipated that the move will spark a price war that hasn't resulted since the announcements by Orange and Vodafone of their entry into the market. While the Orange deal was welcomed by the geeks for providing better 3G coverage, customer service and faster speeds - things O2 has been criticised for since their exclusive deal began - they didn't twin these advantages with competitve pricing.

Getting the iPhone onto Tesco shelves is the big prize and possibly hands the advantage back to O2, Tesco's operator partner. Tesco Mobile's customer base are already heavy data users so the market is primed to burst beyond the affluent middle classes, but to do that there must be a competitve pricing model. What the Tesco pricing model is will remain a question for the time being, but the iPhone could suddenly be this year's hottest present again.
Posted by Crispin Heath at 16:54 No comments:

Minority report and beyond...way beyond

This video doesn't really need much explaining. Awesome's a word I hate using mainly because there are few things outside natural phenomena that are actually awesome. However I'll make an exception with this.

Posted by Crispin Heath at 16:51 No comments:

Is peanut butter and chocolate really the perfect combination? 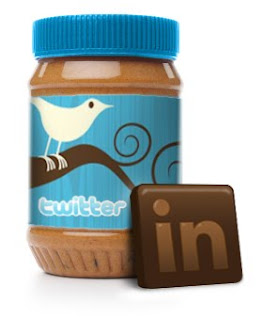 This morning Linked In and Twitter announced that they would be errrr... 'Linking In' with the introduction of Twitter updates into the Linked In status bar.

For some reason the two companies have decided to use a peanut butter and chocolate analogy that sounds slightly weird but hey that's silicon valley for you. Tubs of spreads are close to those guys hearts.

But what of the TwitterIn' combination? At first it seemed to me a rather unholy alliance, but on reflection it's probably an excellent combo with real obvious value for both parties.

Recently Twitter has definitely been striving to be perceived as more of a business tool than it had been previously. The recently added list feature proved this. By integrating with Linked In this seems like the perfect way to connect and demonstrate Twitter's utility to a huge community of social mediaites on Linked In that have failed to see the point of Twitter up until now.

On the flip side Linked In has suffered the opposite problem. It's been stuck in an enterprise user rut and isn't seen as particularly cool. Activity on Linked In can seem like it moves at a snails pace in comparison to other social platforms, but by integrating Twitter suddenly the platform becomes a realtime bonanza.

Time will tell what the impact will be, but this week's most unlikely alliance could definitely prove a winner.
Posted by Crispin Heath at 22:51 No comments: