Remember - Do cool stuff - 5 of the best

I had a fantastically refreshing chat with a client yesterday. We were talking about the development of their online social strategy, the integration with their B2C strategy and the dovetailing of their CRM process. All good business-focused conversation, but I tacked on at the end 'We shouldn't forget to do the cool stuff'. To which they said 'oh yeah we're definitely not going to forget the cool stuff'.

There's a lot of talk at the moment about how social media strategies are often nothing more than a bunch of tactics thrown together willy-nilly and in many cases of course that is absolutely true. There is a poor integration of online social planning into overall business models - something which I plan to write about more over the coming weeks - but in the rush to create more social businesses we need to remember the great tactical stuff as well and shouldn't become too earnest in our pursuit of connectivity.

After all it's the really cool stuff which actually becomes unforgettable.

ASOS dashboard
My current fav. It's effectively a great big curation exercise, but ASOS and their partners Adaptivelab have created something really engaging. 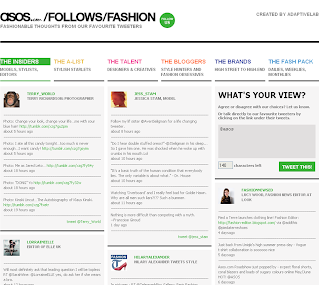 Zappos shoe map
From last year the Zappos shoe map is a really simple mash-up of their real-time sales data and the Google API. Really simple, really engaging and endlessly fascinating as a small anthropological window on the shoe buying habits of the US public. 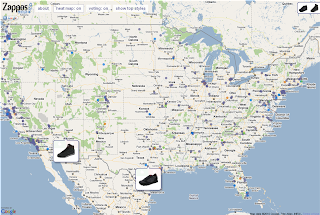 Uniqlo Try
An enduring classic. How do you make a survey about bra tops interesteing? Turn it into a giant swirling, music and video driven infographic. 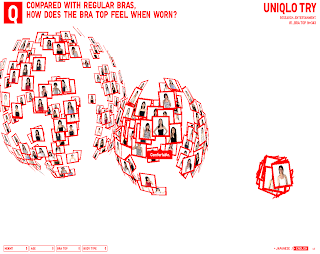 Qashqui Car Games - Spanner league
More of a campaign this, but the Nissan Qashqui Spanner League was a great spoof of a global petrolheads competition that caught the imagination of thousands and spawned 100s of copycat UGC videos. 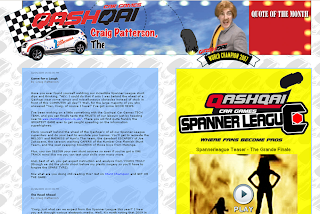 Sony Bravia: Balls
I know, I know it was a mistake, but when Fallon happened to shoot their Sony Bravia commercial in blogger central San Fran the buzz about the 1000s of balls that swept through the city prior to the final ad. being released was phenomenal. It actually became the template for pre-ad buzz for ad agencies all over the world and soon got tumbled as just that by every savvy blogger out there (so be wary).

Now oddly enough (or not) many of these are tactics are employed by organisations that have the makings of very strong social strategies, which I guess is the point, get the strategy right and you can do as much cool stuff as you like.
Posted by Crispin Heath at 15:01